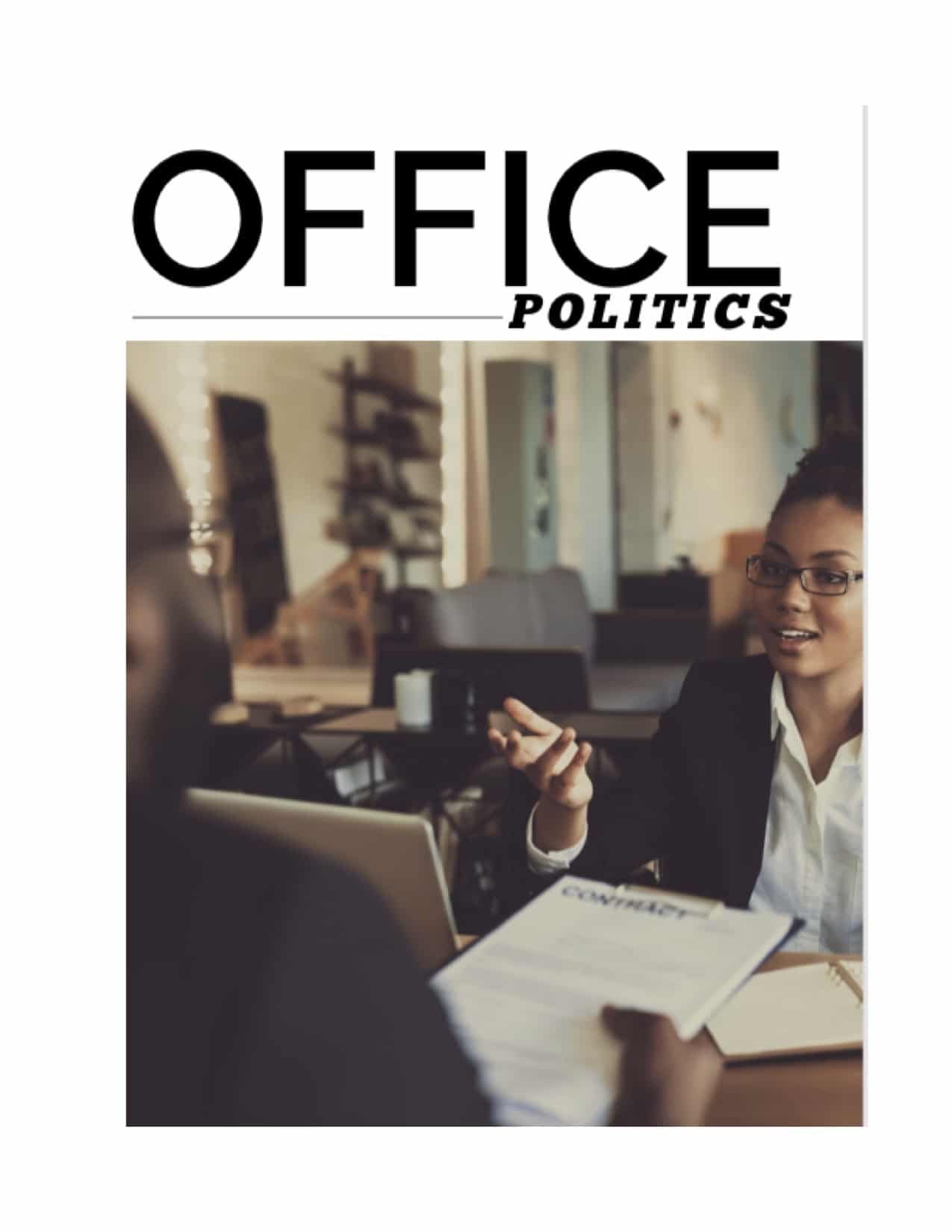 The nation is polarized and many of the nation’s politics are making their way into the workplace. As racial tensions in the nation become more strained, it is becoming increasingly more challenging to keep the impact of these topics out of the office. Lately, many friends and colleagues have contacted me about how to address racially inappropriate behaviors in the workplace, without risking job loss. Let’s explore a few potential workplace situations and how you might handle them.

OFF-COLOR COMMENTS: “You are so articulate.”

There is nothing quite like a white colleague saying, “You speak well in front of others.” Often, this remark is made in passing and they don’t mean any harm. But, too many black men and women, it suggests that, despite them being qualified to work in the offices with white people,
it’s surprising when people of color communicate well. The best response to this comment is to say, “I’m not sure I understand what you mean. Say more about that.”

Usually, the moment they start explaining what they mean, they realize their error. Allow them to offer an explanation, then follow up with, “I find that most of my colleagues are pretty strong communicators. I’m sorry that hasn’t been your experience.” Should the behavior persist, you can always pull the person aside and let them know the reason the remark is offensive. Let them know that you would appreciate them not saying it going forward.

Biased Performance Evaluations: “Some people find Amber’s straight-forward style aggressive and think she is a challenge to work with.”

Believe it or not, that is a line out of one of my past performance appraisals from a former employer. This was a performance appraisal where my rating was an “exceeds expectations” – meaning I beat every goal that was set for me – yet, in my areas of opportunity, I was called aggressive, challenging, straight-forward, and abrasive. My leader at the time was a white, middle-aged male. I was not okay. I’ll be honest; I cried about it. I even had friends tell me, “Well, why to say anything if your rating is good?” But it bothered me because I knew I was going above and beyond to deliver well. Plus, I knew any other leader in that company who was interested in me could read those comments.

I ultimately challenged the review. I pulled the criteria for my review and worked with my mentor to construct a message asking to have the language either substantiated with specific examples so I could develop an action plan, or to have the words revised. My leader elected to change the language. Studies show that women – black women to an even greater degree – will be met with words like aggressive, challenging, or bossy whereas men will be perceived as leaders, smart, and communicative. Be mindful of these terms and ask for specific examples whenever they come up. Where possible, suggest that people consider other words to describe you that do not carry a negative connotation. 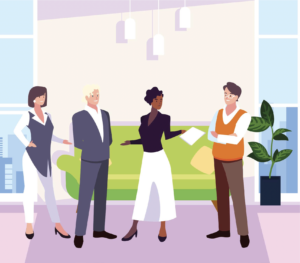 President Donald Trump evokes strong emotions along party lines. The data shows that party lines can also be racial lines, with mostly black and indigenous people of color voting Liberal or Democrat. As our nation’s politics dominate the news cycle under this current administration,

political matters in the workplace and I would appreciate if you exclude me from any such conversations.” Don’t participate. If someone insists on trying to engage you with their personal politics, don’t hesitate to get HR involved. Creating an inclusive workplace isn’t about agreement; it’s about respecting others.

There are many ways that race, and racial tensions, can creep into our work environments besides the ones presented above. Generally, consider handling these encounters with one of the following tactics:

A) ASK FOR CLARITY. For example, “What did you mean when you said ____?” Oftentimes, when you ask a person to clarify their remarks, they will realize their mistake.

B) REMOVE YOURSELF FROM INAPPROPRIATE DISCUSSIONS AND ASK TO NOT BE INVITED TO THOSE DISCUSSIONS. Sometimes racial behavior requires direct action.

C) OFFER PERSPECTIVE ON WHY SOMETHING IS OFFENSIVE TO YOU. Sometimes, people don’t know, and they may continue to offend others if no one helps them understand. Whichever tactic you choose, remember, you are not required to be subjected to racial mistreatment. Don’t hesitate to take serious action if offenses continue to disrupt your workplace experience.