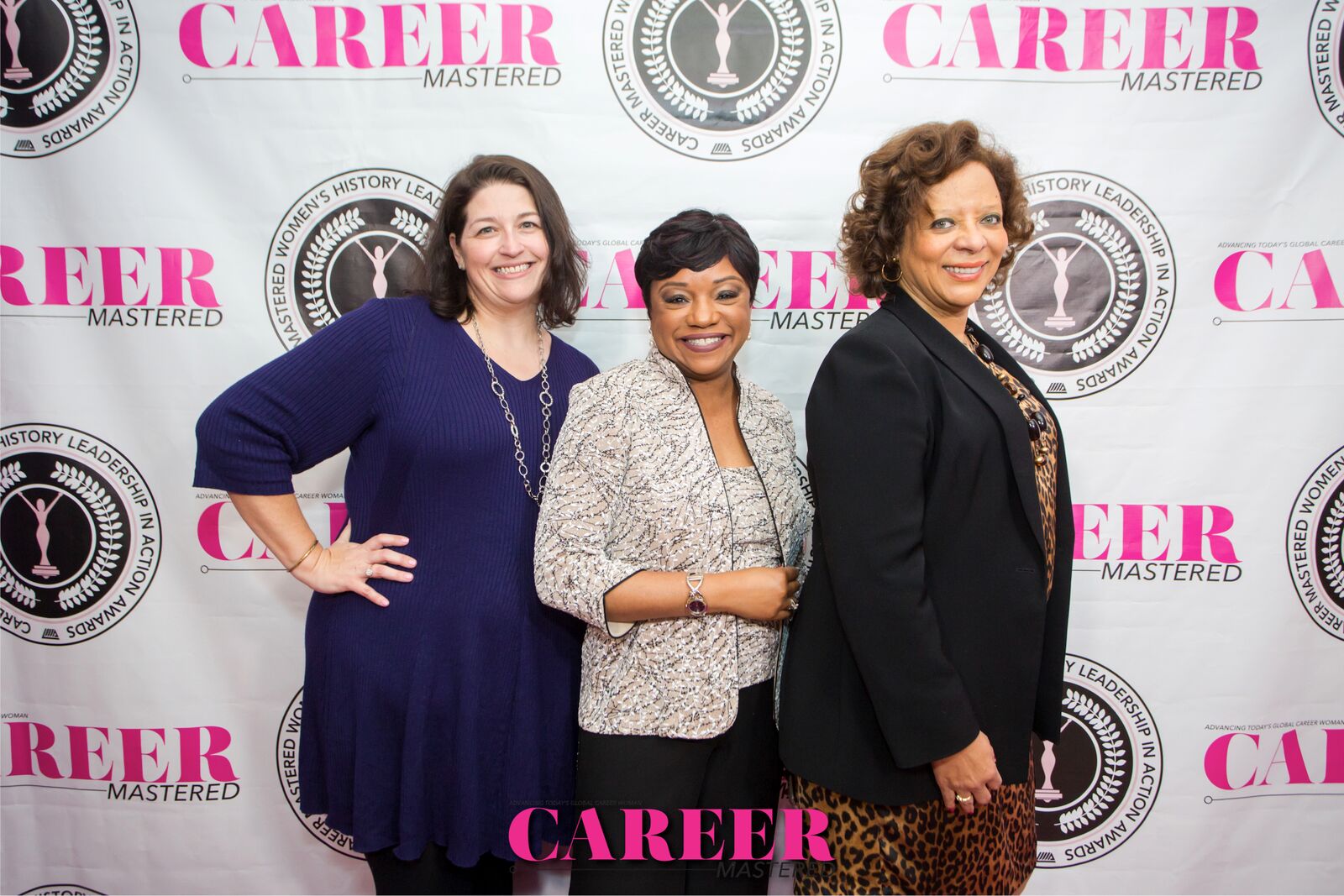 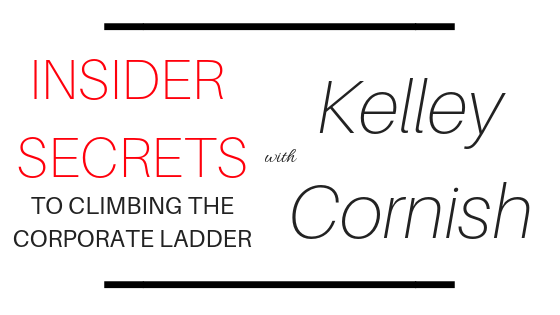 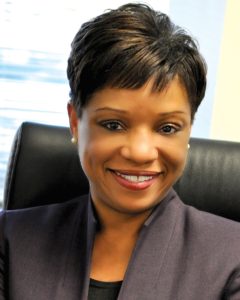 Our purpose flourishes when we pursue our passion. This is the path Kelley Cornish is shaping as she champions diversity. As the  Senior Vice President, Head of U.S. Diversity and Inclusion for TD Bank, she builds bridges between customers and the corporation, as well as its employees. Known as “America’s Most Convenient Bank,” TD Bank is one of the 10 largest banks in the U.S.

Along with a superb reputation as a diversity and inclusion expert and talent leader, she also excels as a wife, mother and speaker. She is the author of a human resources self-help guide, “It’s Work! How Will You Show Up? 99 Tips, Turns and Lessons Learned from a Panel of One!”

Splitting her time between Greenville, South Carolina and New Jersey, Cornish has been with TD Bank for over a year. Prior to her arrival, the corporation’s diversity and inclusion lacked consistent leadership. Her presence has brought cohesion to not only the Diversity & Inclusion department, but to the organization as a whole. “I’m the influencer around our executives. I educate them and bring them up to speed on what accountability and engagement looks like for each one of them. We have 13 leaders — as well as our CEO,” she said.

She added, “Another piece of the work is getting the brand of D&I elevated within the organization. As a team, for about four to five months, we did a road show from Maine to Florida. We spent time in each one of the markets for a couple days, talking to our stakeholders about what worked for the past 10 years and their thoughts on what needs to work for the next 10 years. I led that effort.”

Since her arrival in April of 2017, TD Bank has earned awards and accolades from several outlets, including Forbes and Diversity Inc.

Cornish has had an affinity for diversity since childhood. “I grew up in an environment with family and community where civil rights were just a huge piece of our life,” she said. “From our church involvement, to our community involvement to NAACP involvement. I went on to college and always gravitated to the organizations like minority affairs and different women’s groups where I felt like they were creating a voice for people who wanted to be effectively represented.”

Lessons from her formative years led her to become a pioneer of the HR and diversity industries, mastering the dynamics even before diversity and inclusion had a proper name.

“I thank my family for, early on in life, integrating my brothers and sisters into various communities,” she said. “In Brigantine, New Jersey, right outside of Atlantic City, I spent my early years in schools where my brother and I were the only people of color for five years. We learned early what limited diversity looked like; we also learned the challenges of it really early. I was the first in my family not to go to a Historically Black College or University (HBCU). That was huge.”

“I think what really clicked was when I was around 30, and I decided to go back and get a master’s degree. I wrote my thesis on diversity. That was the beginning of me having a strong conversation around where my life was going to align with diversity and inclusion.”

Cornish’s climb up the corporate ladder is marked with grace and resilience—a delicate balance for a woman of color. 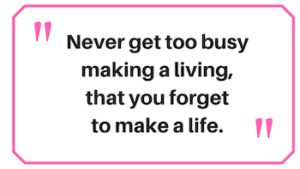 “As I look back and fast forward to where I am today, I’ve always been in situations where I’ve been the minority. I had to learn how to navigate in the majority,” she said. “I have no idea how a white man thinks or how a white woman thinks. But, I try to be empathetic to say, ‘Okay, if I were them, what would I think about the situation?” At the same time, I have to check myself and say, ‘Okay, what are my biases in this situation? Have I done all I can do in this situation?”

“I always encourage open and honest dialogue. The way in which I do that is by being transparent. I tell you who I am. I tell you what I’m about, what I’m going to do and what I’m not going to do. I’m very direct like that.”

Confident, yet humble, she seeks continuous growth. “I try to study and know my craft so that I’m not coming across as someone who doesn’t know what they’re talking about,” she said. “I’m also going to research your craft and your background so I can speak to the things that are of interest to you. A part of it is acknowledging that you know who they are, or at least a piece of who they are, and you respect that.”

Adaptability and consistency are essential to her work ethic. “You’ve got to stay on top of your game. This world is changing every day. Whatever you went to school for eons ago, that’s changed 50 times. It’s a new way to do whatever needs to be done. At least a couple times a year, sit down, reinvest in yourself and ask: Where is this train going? Where is my line of work going?”

“Diversity five years ago looks nothing like today. When the Supreme Court meets, I have to watch the news every night because I know it’s going to affect my business.”

Cornish, a 2018 Career Mastered Leadership in Action Award recipient, acknowledges that her journey, though great, did not come without its share of challenges. “You’re not always well received by people. They hear you, but they’re not listening to you,” she revealed. “Then you have to decide which way you’re going to go. What would’ve been a 45-minute conversation sometimes is a 20/25-minute conversation because I know they’ve checked out. I go back and I rethink how to  approach that particular person or someone with those personality traits.”

As a woman, Cornish understands the importance of supporting her female colleagues by “creating a safe space and a place to talk about what’s challenging us as women, specifically as women of color in the workplace.”

Along with physical and mental finesse, Cornish shared some additional keys to conquering Corporate America. “Focus on what’s in front of you so much so that you’re learning to look around corners to see what’s ahead,” she advised. “You want to become that visionary. Don’t dwell on the mistakes of the past. You’ve learned from them. You’ve grown from them. Focus on what’s been handed to you.”

“Keep an inner circle that allows you to be authentic, and keep strong ties with your family. You’ve got to have someone who you can disconnect with, disengage from work with, because that’s where the love is real. You’ve got to have that to keep climbing. When you stop climbing, those are the people who should still be around you.” 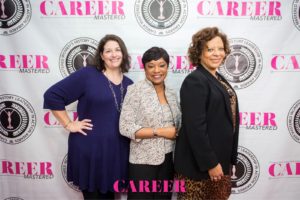 Kelly Cornish (center) and her colleagues

Failure is a part of success. For Cornish, her most notable failure was a threat to her well-being. “As a leader, I think where I failed was not understanding, as I got older, and also as a woman of color, how to take care of myself,” she said. “I failed in my health. I was close to 40 and a lot was going on. I took for granted my body, not realizing that I wasn’t still 20 and kept trying to go, go, go. I became really sick and I had to be out of work for over a year.”

As her ascension continues, Cornish uses setbacks to inspire her comeback. “You have to have thick skin the higher you go,” she concluded. “You’re going to have to learn how to take the hits. Go in the bathroom, cry, get over it, keep your makeup with you, reapply and go back out there.”