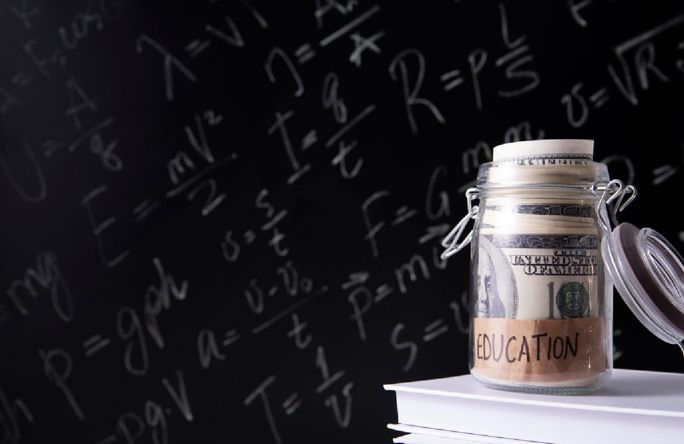 Affordable education used to be an accessible rung on the ladder that led to economic success and upward mobility. However, “affordable education” is a paradox in the new millennium. On average, a high school diploma guarantees nothing more than the promise of a mediocre life marked by a low-paying job in a society where minimum wage does not support an individual’s ability to provide for his or her family. Across the nation, college tuition rates have outpaced salary increases, and many families simply cannot afford to educate their children without going further into debt by taking on student loans or taking out second mortgages on their homes.

Another problem we’ve observed with the traditional American Dream is that its attainment is built on impossibility. The version of the American Dream that encourages everyone to buy a home, purchase a new car, and spare no expense to educate their children, also encourages them to take out a 30-year loan that ends up creating an unmanageable debt load which is top-heavy on interest rate payments; finance a vehicle that loses value within the first hour of ownership; and borrow for student loans that often inflict irreparable damage to credit histories and credit scores and negatively impact the ability to acquire new credit in the future. In essence, the unlikely American Dream we’ve been sold basically instructs people to finance their futures through debt, bad loans, and material possessions they cannot afford.

In the 1990s and 2000s, people who clearly couldn’t afford a mortgage and didn’t have the income to support home ownership were given mortgages without any regard for their income, credit history, debt-to-income ratio, or employment. These high-risk loans were issued to people who couldn’t afford them because they were profitable for individuals and organizations that could: the banks, mortgage companies, investors, and underwriters. The short-term gains fueled by greed took no consideration of the long-term failures that inevitably would result. On the other end of the spectrum are individuals who could afford a modest home mortgage, but were compelled to purchase multimillion-dollar mega-mansions out of opportunistic greed and the desire to have more than the next person. Although recent headlines have shone brightly on low- to moderate[1]income home foreclosures, the number of foreclosures for high-end homes has been equally substantial due to the residents’ inability to pay their mortgages, including many that fluctuated upwards of 80 percent due to adjustable interest rates.

All across the nation, the financial rubber is meeting the economic road, and the results are sobering. People are finally waking up from the dream and facing a new reality. The harsh lesson being learned is that you cannot spend your way out of debt. For what it’s worth, the good news is that Americans are being forced to reset their priorities and at the same time are becoming more realistic in their financial planning and aspirations. The bad news is that old habits are hard to break and are very slow to change. When the example set before us is a federal government spending its way into bankruptcy, and a financial system that rewards corruption and irresponsible behavior, it’s difficult to pass along better examples to citizens who are repeatedly encouraged to spend more money to support the economy.

Big banks and corporations are given bailouts at the expense of everyday tax-payers who themselves are continuing to struggle. Whether we like it or not, as a nation of debt-laden consumers, the time has come to reap what we have sown. Indeed, we’re realizing that the so-called American Dream is in fact a contradiction of terms. Why? Because it is inherently un-American to fund your own excess at the expense of others.

It is un-American to gamble away the future for the short-lived pleasures of the present. And it is un-American, unscriptural, and unwise to build your future on a shaky financial foundation that is the theoretical equivalent of sinking sand.

As a Certified Financial Planner, Accredited Investment Fiduciary and Investment Advisor Representative, Glen E. Wright, II is a Top of the Table member of the Million Dollar Round Table, an exclusive honor achieved by only the top one percent of all financial advisors worldwide. A published author (The Financial Shepherd: Why Dollars + Change = Sense) and notable speaker, Glen is passionate about philanthropy and actively gives back to the local communities in which Worth Financial operate.

Excerpt adapted from: “The Financial Shepherd® –Why Dollars + Change = Sense” by Glen Wright and Sy Pugh.

We use cookies on our website to give you the most relevant experience by remembering your preferences and repeat visits. By clicking “Accept”, you consent to the use of ALL the cookies.
Do not sell my personal information.
Cookie SettingsAccept
Manage consent

This website uses cookies to improve your experience while you navigate through the website. Out of these, the cookies that are categorized as necessary are stored on your browser as they are essential for the working of basic functionalities of the website. We also use third-party cookies that help us analyze and understand how you use this website. These cookies will be stored in your browser only with your consent. You also have the option to opt-out of these cookies. But opting out of some of these cookies may affect your browsing experience.
Necessary Always Enabled
Necessary cookies are absolutely essential for the website to function properly. These cookies ensure basic functionalities and security features of the website, anonymously.
Functional
Functional cookies help to perform certain functionalities like sharing the content of the website on social media platforms, collect feedbacks, and other third-party features.
Performance
Performance cookies are used to understand and analyze the key performance indexes of the website which helps in delivering a better user experience for the visitors.
Analytics
Analytical cookies are used to understand how visitors interact with the website. These cookies help provide information on metrics the number of visitors, bounce rate, traffic source, etc.
Advertisement
Advertisement cookies are used to provide visitors with relevant ads and marketing campaigns. These cookies track visitors across websites and collect information to provide customized ads.
Others
Other uncategorized cookies are those that are being analyzed and have not been classified into a category as yet.
SAVE & ACCEPT